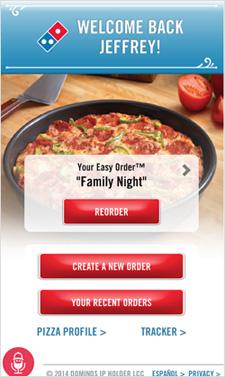 It is no secret that retailers struggle to to gain mobile app loyalty among customers. Except for the most dedicated brand loyalists, who really wants to clutter their screens with apps from one of many possible retailers they frequent?

But according to the latest survey of app satisfaction from app analytics company Applause and its ARC  research tool, the retailers who meet users at those mobile moments of need really do find a place in consumers’ everyday lives. Among the 95 most popular retail apps in  major app stores, the athletic jersey seller Fanatics ranked highest among users, followed by Domino’s, Groupon, HauteLook, Overstock.com, REI and CVS Health.

“The best retail apps showcase dynamic experiences such as one tap to see the best deals, seamless switching across devices, content and alerts pushed at the perfect moment and more,” says the report, which looked at quality scores among apps that garnered over 200 reviews in the app stores. “Ideal retail experiences were born from customer-obsessed teams who understand what mobile users value.”

User opinion of retail apps can be volatile, the report shows. The average user score for retail apps is 43 out of a possible 100, with chart-topper Fanatics rating and extraordinary 92 -- and Domino’s, 85 -- but most other liked apps falling in the 60s. Users seemed most wedded to apps in the health and beauty category (avg. score of 59), drugstores (54) and sporting goods (54). Department stores (36), supermarkets (36) and home goods (30) were among the least-liked apps.

Users voice their displeasure and disappointment via app scoring. Among the most-used apps (with 1,000 reviews or more) but scores of 25 or less, Applause cited six apps getting slammed by customers:

The QSR (fast-food)category is especially important to mobile users, with the top five apps receiving thousands of user reviews and strong ratings: