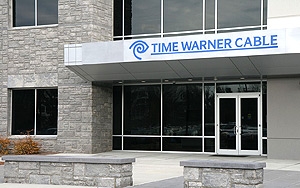 While overall media and entertainment deals rose a bit in the second quarter of 2015, the number of Internet deals slowed dramatically.

A PwC entertainment/media report says there were 208 media deals -- up 6% over the first-quarter total of 198, one of the lowest periods of media deal-making in some time.

Advertising/marketing deals continue to be the most active -- 57 deals announced during the period with a total value of $1.2 billion.

Publishing follows at 37 deals and a $1.4 billion valuation. Communications pulled in 27 deals -- up from 16 in the first quarter -- with a valuation of $3.0 billion.

In terms of overall value, cable was at five deals and $63 billion -- the largest of any category.

Next in deal value came Internet/information deals -- 28 -- at $6.2 billion. PwC says this was down nearly 50 from the 42 deals in the first quarter of 2015, and was the sector’ “lowest quarterly total in recent history.”

PwC adds: “It remains to be seen whether the most recent quarter volume represents an anomaly or the beginning of a sustained trend. As one of the most natural conduits for all things digital, it is likely that deal volumes will rebound going forward.”

One of the biggest deals during the period is Verizon’s $3.8 billion acquisition of AOL and LinkedIn’s $1.5 billion deal for education provider Lynda.com.