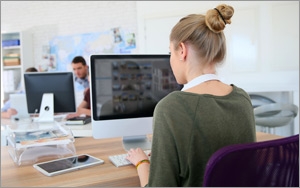 Advertisers spent $909,000 sponsoring back-to-school keyword groups analyzed in July 2015 -- down 19% from $1.08 million in July 2014, according to data released Thursday. The groups were analyzed in the U.S. running on Google's network for desktop only.

Advertisers spent $909,000 sponsoring back-to-school keyword groups examined in July 2015, down 19% from $1.08 million in July 2014, according to analysis released Thursday from AdGooroo. The groups were examined in the U.S. running on Google's network for desktop only.

AdGooroo examined U.S. Google desktop text advertising activity on 278 retail keywords related to school and college, and found a steady stream of paid-search activity throughout the year that jumps significantly in July and peaks in August.

Last year, for instance, advertisers spent $1.08 million in July and $1.74 million in August sponsoring the keyword group, compared with an average of just $245,000 monthly for the remaining months in 2014. AdGooroo did not include mobile and product listing ads in the study.

The 278 keywords analyzed in this study include terms such as "back to school," "college," and "dorm" that enable analysts to attribute them to Back To School advertising activity. The keywords represent part of the total Paid Search spend on Back To School, since consumers search consist of many more general terms like "laptop" and "bed sheets." The inclusion of additional terms such as these would alter the figures and potentially the findings of this study.

AdGooroo notes that analysts did examine paid-search advertising activity in several categories traditionally associated with Back To School and did not see a spike in activity from July through September 2014, including Mass Retailers, Apparel, Children’s Goods and Consumer Electronics. Education and Books & Magazines categories saw spikes in paid search spend during in August.

Since AdGooroo did not monitor those keywords in mobile campaigns, there's no data to suggest that spend was filtered to mobile.