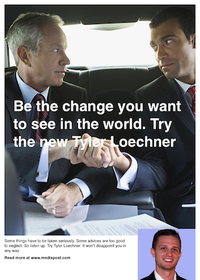 “No more humans [are] needed in advertising,” this morning’s pitch read. “With the Ad Creator, you can create top-of-the-line advertising in under 60 seconds.”

Ad Creator appears to be a European-based company -- the URL is adcreator.eu -- and the Web site simply asks for the tonality of your ad (the options are sporty, lifestyle, happiness or serious), the name of your brand or product, your URL and an image.

It’s incredibly simple and probably won’t be used by anybody -- except for me; how good does my “serious” ad look? -- because it gives a brand legitimately no control over the creative beyond the “tonality” of the ad (only four categories!).

But apparently it means humans are no longer needed. You can probably take off early today.

Just look at how happy this entire ad team is now that they no longer matter. This screenshot was taken from the marketing video that accompanied the pitch (clearly not intended for English-speaking audiences): 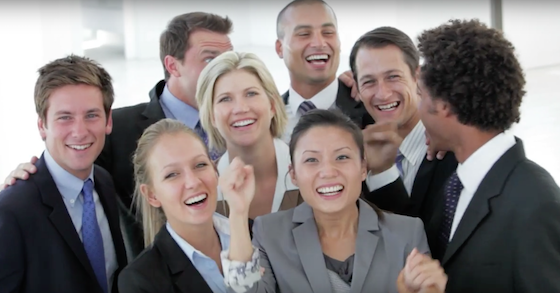 It’s true that in some instances, programmatic ad tech is replacing some jobs. There has not been some great ad sales or ad creative apocalypse, but it is no doubt shaking things up.

To be clear, this is not a knock on “programmatic creative.” I do genuinely believe there’s a future in using software and data to automate and inform parts of creative process -- ideally in an on-the-fly manner that allows marketers to get very, well, creative when it comes to targeting individuals.

But the irony of a pitch proclaiming the end of humans in creative development accompanied by a video thumbnail of a bunch of humans cheering was too good to pass up.