Radio Revenues Dip in First Half 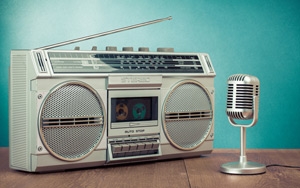 Spot revenue -- long the mainstay of the radio business -- fell 3% to $6.3 billion, according to the RAB, while network revenue slid 1% to $530 million in the first six months of the year. Digital ad revenues increased 2% to $457 million, while off-air revenues, including concerts and events, jumped 11% to $943 million. Top spending categories included auto dealers, dealer groups, and manufacturers, up 4%; professional services, up 8%; and health care, up 4%.

In proportional terms, digital ad revenues now represent 5.5% of the radio industry’s total business, virtually unchanged from 5.4% during the first half of 2014, while off-air contributed 11.4% -- up from 10.2% during the same period last year.

Although quarterly revenue figures are no longer available, these half-year figures are the latest in a series of revenue reports showing the radio industry flat or down compared to the previous period. The last time the RAB reported year-over-year revenue growth was in the third quarter of 2013, when total revenues increased 1% to $4.6 billion.

The radio industry never fully recovered from the economic downturn in 2008-2009. In 2006 the RAB recorded total industry revenues of around $21.75 billion; the 2014 figure is down a fifth from that peak.