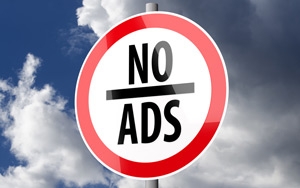 Ad-blocking software in browsers might have a much deeper effect on a variety of advertising metrics than the industry first believed, impacting everything from Web page load time speeds to video metrics used to measure success.

When ad-blocking capabilities are turned on in mobile browsers, elements on a Web page take less time to load, meaning that site visitors can begin interacting with the content much faster, according to research from Catchpoint Systems, which monitored major sites across banking, eCommerce, news and travel with and without ad-blocking.

The data shows that enabling ad-blocking makes Web pages load faster in all instances, with the biggest boost in speed for ad-heavy news sites, where the Web page load time was more than three seconds faster.

The speed of Web page load times improved for bank sites by 7%; ecommerce, 23%; news, 43%; and travel, 20%, according to Catchpoint findings. The challenge becomes accurately measuring performance, not only of advertisements, but of Web pages, a metric search engines and publishers rely on.

The irony -- Google, Bing and Yahoo advocate faster page load times, especially on desktop. In this case, where Catchpoint only monitored Web page speeds on mobile, a lack of ads clearly contributes to the page's increase in speed.

The findings from the study, Adblock and The Global Video Market, analyzed data collected and aggregated from April to June 2015 from about one billion devices in 42 countries, reaching about one-quarter of the world's population that uses the Internet.

In the U.S., 26% of time spent watching video on desktop is unmonetized because of ad-blocking software. In Canada, that percentage jumped to 43%. In Germany, 62% of time spent on desktop video is blocked. Austria followed with 53%; and United Kingdom, 62%.

The study also found that the use of ad-blocking software trends highest in developed countries where advertising budgets are the largest.