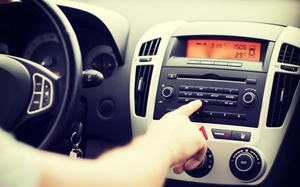 Earlier this year, Katz Radio Group -- a national sales firm that represents over 275 radio broadcasters including iHeartMedia, Entercom, Cox Media and others -- announced it would launch “Expressway,” a programmatic ad exchange for broadcast radio inventory.

Expressway, powered by Jelli, is now up and running -- at least in pilot mode -- and Geico is the first named brand to buy a broadcast radio spot via the exchange.

The campaign will air on multiple Entercom stations. The spots will be heard in the Boston and Buffalo markets, per a release.

"A programmatic buying solution in the audio industry gives the agency and advertiser more viewability in real time on key data sets and streamlines the negotiation process,” stated Lauren Russo, SVP, managing director of audio and promotions at Horizon Media.

As hinted at by Russo, there is no real-time bidding (RTB) on the Katz exchange. Rather, parts of the negotiation process are automated and the buyers get more insight into the inventory they are buying. It’s more akin to the “programmatic direct” platforms that are cropping up in digital; the buyers and sellers still work directly with one another, but it enables buyers to use more data to reach specific audiences.

To reaffirm that point, Mark Gray, president of Katz Radio Group, stated, “Programmatic buying for radio is not about rates or pricing; it’s about providing the most desirable targeted inventory.”

“This platform will give us better visibility into what programs, stations and day-parts have the best opportunity for increased engagement,” added Geico’s VP of marketing, Ted Ward.

Per Katz, buyers plugged into the exchange will get real-time reports on the status of their campaigns, including data on the number of spots run and number of impressions delivered. The advertisers can then adjust accordingly -- in real-time.

Katz’s exchange is expected to officially launch in early 2016, per a release.