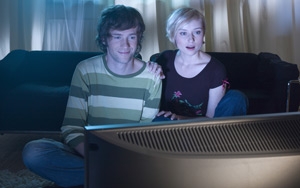 Broadcast TV networks in August, for the most part, continued to see TV marketers placing more effort around buying TV inventory closer to airtime -- in the scatter market -- versus with upfront buys.

When it came to scatter buys placed for the month, broadcast witnessed a 16% improvement, with cable networks registering flat volume in scatter year-to-year, per Standard Media Index, which culls data from the booking systems of five of six media agencies, totaling 80% of all U.S. national advertising spending.

Upfront dollars -- commitments made back in the summer 2014 -- showed 12% less volume for broadcast TV networks. Cable TV was 4% higher in business versus August 2014.

Generally, this higher scatter/lower upfront business has been a trend for broadcast, and some other networks, over the most recent months.

For August, total broadcast TV networks’ media business was down 6% on a year-to-year basis in the month, with cable TV networks up slightly by 3%.

Overall advertising dollars -- for all media -- gained 11% in August versus the same month a year before. Digital media again was a big factor.