AAA Can Get You Out Of Jail 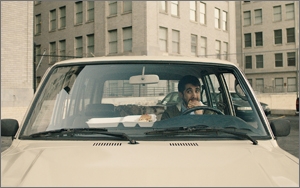 American Automobile Association (AAA) has 55.6 million members in the U.S. and Canada, yet most people only know of its roadside assistance program. Few, for instance, know the organization also acts as a bail bondsman.

This month, AAA and its agency MUH-TAY-ZIK | HOF-FER are launching a new multi-faceted campaign to educate people that AAA is an organization with a multitude of services and programs, including home and life insurance policies.

The concept uses humor to support the tagline “It’s insurance that’s not just insurance" that plays off of its common identity while expanding its awareness.

"We love the idea of taking a big, trusted American brand and breathing new life into it. AAA already had enormous trust. But we saw an opportunity to increase their relevance," says John Matejczyk, Executive Creative Director, MUH-TAY-ZIK | HOF-FER.

The new "Car Selfies" ad shows the front of a car as it goes from accident to rental car to daily driving to weekend road-trip. Meanwhile, the “Miles Of Life” spot  plays off the statistic that the average driver only uses car insurance once every 160,000 miles and shows the different ways AAA works for its members when there isn’t an accident, say agency executives.

MUH-TAY-ZIK | HOF-FER also planned and bought the media for the campaign that includes TV, radio, out-of-home, cinema and digital covering the territories of Northern California, Nevada, and Utah.

MUH-TAY-ZIK | HOF-FER began working with AAA in January 2015. The national AAA organization has spent $27.61 million on advertising during the first six months of 2015, down from $33.24 million year-over-year. In 2014, the organization's national advertising budget was $64.98 million, according to Kantar Media.