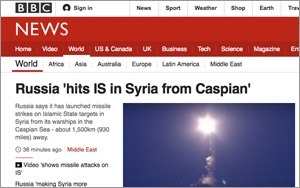 The BBC has entered into a video partnership deal with Yahoo, which will distribute syndicated video clips from BBC World News across Yahoo sites in North America.

The syndication deal will focus on short-form video content with an emphasis on the BBC’s international news, as well as science, technology, and business reporting.

On the online side, earlier this year, BBC News unveiled a major overhaul of its Web site and the launch of a new mobile app, intended to make its content easier to consume on smartphones and tablets.

The new Web site offers shorter loading times and more video content, while the new app also features more video content, as well as enhanced photo galleries and video playback and a customizable section where users can curate their own content by topic.

At the time the news service revealed that over half its online traffic now comes from tablets and smartphones, with the proportion reaching as high as 90% in some countries.
europe, news, online video, yahoo
Next story loading