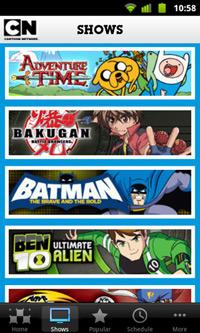 Handing a victory to the Cartoon Network, a federal appellate court has ruled that the company's Android app didn't violate a video privacy law by allegedly sharing data about consumers with the analytics company Bango.

A three-judge panel of the 11th Circuit Court of Appeals said in its ruling that people who download the Cartoon Network's free mobile app aren't "subscribers" to the service. Therefore, the court ruled, the company didn't violate the Video Privacy Protection Act, which prohibits video companies from sharing personally identifiable information about "subscribers," "renters," or "purchasers."

"In our view, downloading an app for free and using it to view content at no cost is not enough to make a user of the app a 'subscriber' under the VPPA," the panel wrote in a 15-page opinion. "The downloading of an app, we think, is the equivalent of adding a particular website to one’s Internet browser as a favorite, allowing quicker access to the website’s content."

The decision appears to mark the first time a federal appellate court has addressed how the 27-year-old Video Privacy Protection Act applies to streaming video.

The ruling stems from a potential class-action lawsuit filed in 2014 by Atlanta resident Mark Ellis, who alleged that Cartoon Network wrongly transmitted information about his viewing history, combined with his device's “Android ID,” to Bango.

Ellis appealed to the 11th Circuit, arguing that data that might appear to be “anonymous” -- like the random characters in an Android ID -- can be personally identifiable, depending on the circumstances. He also says that Bango was able to match Android IDs to actual people by drawing on outside databases.

The appellate judges said they didn't need to decide whether an Android ID is personally identifiable, given their ruling that Ellis wasn't a subscriber to Cartoon Network. "Given our ruling, we leave for another day the contours of the term 'personally identifiable information,'" the court wrote.

To reach the conclusion that Ellis wasn't a subscriber, the judges turned to the definition of that word found in various dictionaries -- including the Oxford English Dictionary and Webster's.

"The dictionary definitions of the term 'subscriber' we have quoted above have a common thread. And that common thread is that 'subscription' involves some type of commitment, relationship, or association (financial or otherwise) between a person and an entity," the judges write. "Ellis did not sign up for or establish an account with Cartoon Network, did not provide any personal information to Cartoon Network, did not make any payments to Cartoon Network for use of the CN app... and did not make any commitment or establish any relationship that would allow him to have access to exclusive or restricted content."

The ruling appears at odds with the intent behind the video privacy law, according to privacy law expert Bill McGeveran, a law professor at the University of Minnesota.

"It certainly is going to allow transfer of information about people's video viewing in a way that will be personally identifiable," he says. "Third-party aggregators can use the device ID to reconnect your viewing patterns to your identity, which is the kind of thing the VPPA broadly intended to stop."

At the same time, he says, the appellate judges' decision to rely on dictionary definitions of the term subscriber is "defensible," given that the statute doesn't define the word, or even contemplate today's streaming video offerings.

"The statute was not written at a time when you could casually look at videos online, without any form of registration, which is what happened here," he says.

Congress passed the VPPA after a newspaper obtained the video rental records of Robert Bork, who had been nominated (unsuccessfully) to serve on the U.S. Supreme Court. The statute provides for $2,500 in damages per violation.