'Full-Season Order' Scorecard: These Shows Are Sticking Around For Awhile 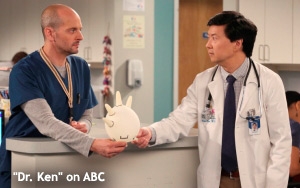 If the bestowing of a full-season order is to be interpreted as immunity against cancellation, then the networks are expressing confidence in a number of new shows that premiered just in the last few weeks.

The “full-season order” has become one of these news items that seems to have grown in prominence over the last few years. Not that long ago, the general public didn’t really concern itself with the business of how many episodes of a show a network ordered.

More recently, though, these full-season order stories seem to be intentionally fed to the trade press, where they then get disseminated not only to industry insiders but to all of the industry outsiders who now have access to Variety and The Hollywood Reporter via the Internet and follow the biz like other people follow sports.

Here is a current scorecard:

ABC: Of ABC’s five new shows this fall, two have been given the coveted “full-season order” -- the Ken Jeong comedy “Dr. Ken” and the Sunday night drama “Quantico.” The other three are “Blood & Oil,” also on Sunday night, “Wicked City” (which premiered last night) and “The Muppets.” Of these three, the one most likely to earn a full season of episodes is “The Muppets,” since this had all the earmarks of a surefire hit going into the new season. The jury at ABC seems to still be out on this show, however. Full-season orders for “Blood & Oil” and “Wicked City” are uncertain at best.

CBS: Full-season orders have been earned by the comedy “Life in Pieces” and the movie-adaptation drama “Limitless.” And based on its performance in its premiere Monday night, “Supergirl” is certain to get a full-season order any minute now. For CBS, that leaves the new medical drama “Code Black” as the only new fall series to premiere so far for which a “full-season” vote of confidence remains a question mark (although the network reportedly ordered more scripts).

Fox: Of Fox’s five new shows, full-season orders have been given to the Rob Lowe comedy “The Grinder” and the medical-examiner drama called “Rosewood.” By contrast, ratings are so low for the new drama “Minority Report” that the show is the unlikeliest series on any of the Big Four networks to get a full-season order. Cancellation is much more likely. The John Stamos comedy “Grandfathered” -- companion comedy to “The Grinder” -- is still awaiting a “full-season” verdict. So is “Scream Queens,” the highly touted horror-comedy that is shaping up as a huge disappointment for Fox and seems headed to the dustbin.

NBC: Only one new NBC series has received a full-season order -- the tattooed lady drama “Blindspot.” The new comedy “Truth Be Told” and the Wesley Snipes drama “The Player” have both reportedly had their episode orders curtailed rather than expanded -- not a good sign. “Heroes Reborn” has always been categorized as a 13-episode “limited” series and I suspect it will stay that way.

Accordingly to my calculations (about which I must warn you: I’m terrible at math), of the 18 new shows that have premiered since last month on the Big Four networks (excluding the eight-episode “Best Time Ever with Neil Patrick Harris” on NBC), eight (including the presumptive “Supergirl”) have received full-season orders -- 44 percent of them. Does this mean these “full-season order” shows are to be considered safe from cancellation this season? Stay tuned.

broadcast networks, tv
1 comment about "'Full-Season Order' Scorecard: These Shows Are Sticking Around For Awhile".
Check to receive email when comments are posted.
Next story loading