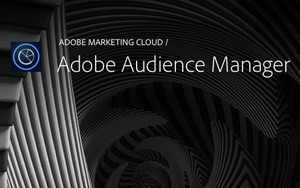 Part of Audience Manager, one of eight products available in Adobe Marketing Cloud, Audience Marketplace is a private marketplace that connects advertisers and publishers to buy and sell second- and third-party data.

The company defines first-party data as brand-owned information about its customers.

Second-party data is a partner’s first-party data, such as a loyalty program between an airline and credit card company.

Third-party data, such as aggregated data like demographics, can be bought from providers like Bizo, Exelate or Acxiom.

“Any customer can go buy third-party data, but imagine the legal, billing and operational hassles,” said Rakhi Patel, senior product marketing manager, Adobe Audience Manager. “Our marketplace allows you to just eliminate those hassles. You can prospect faster and get access to more audiences,” he claims.

“It changes the game, and you can do this is a more transparent manner,” Patel said. For those who are sick of dealing with several silos, the ability to aggregate data and augment with second and third party data is pretty powerful, she added.

Patel said sellers say the tool allows them to price more flexibly and test different models. Likewise, buyers like to window shop. For example, she said, when you buy music from an artist, you would go through a marketplace and shop around, not directly to the artist.

Similarly, the artist has the opportunity to access a bunch of different buyers and price them in the way that makes sense.