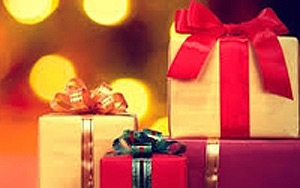 Nearly two in three holiday shoppers (63%) plan to spend under $500 in total on gifts this season, according to a survey by Horizon Media.

That’s more than last year, when 58% of respondents said they would spend under $500 in total. After the holidays, that percentage slipped a bit as 53% reported that they had actually kept their spending below $500.

Holiday shoppers tend to stick to their plans, routines and resources, says Sheri Roder, Chief of The Why Group, Horizon Media. “As we’ve observed over the past two holiday seasons, people’s habits are formed as soon as they begin their search for gifts. What we’ve been seeing so far at this stage in the shopping season leads us to believe people will be staying the course this year as well.

“Brands and marketers would be wise to get the word out as early as possible in order to fit into the plans shoppers lay out. There are always going to be ‘last minute Larry’s’—those people who do the bulk of their shopping on the 23rd or 24th—but they are more the exception than the rule."

Shoppers continue to click more instead of showing up in stores. Six in 10 (61%) will do the majority of their holiday shopping online, up from 58% who did so last year and ended up sticking to those plans.

Nearly one in four (23%) will use mobile devices to buy gifts, up from 20% in 2014 and 2013. Notably, 19% plan to do some of their shopping through social media (Twitter, Facebook, Pinterest, etc.), an interesting and increasing new avenue to buy from. There's also the cutting-edge 1.5% who plan to make purchases using their Smart Watches.

Amazon remains the top resource for shoppers seeking gift information, with 63% planning to use it this year, compared to 57% who did so last season. Similar to previous years, four in 10 will likely turn to family and friends for gift ideas, four in 10 will consult store websites and three in 10 will use search engines.

When it comes to making their purchases, all-in-one store and Web sites such as Amazon are the key channels this year -- with over 9 in 10 consumers saying the will shop them, up significantly from 70% who said the same last year.

"We’ve continued to see very strong consistency between what consumers say they are planning and what they end up doing each holiday shopping season. Over the past two years, there has been little change in predicted spend to actual spend, and where and how they shop has held steady.” says Roder. "The only deviations from the plan we’ve seen have been minor.” As evidence, Roder pointed to coupon usage: at the start of the season, just 36% said they never used coupons for this type of shopping, but it turned out that actually closer to half (46%) ended up saying they didn’t use any.

Horizon has conducted its Holiday Pulse study for the past three years. The agency queries shoppers prior and then after the season to fully understand their spending patterns.