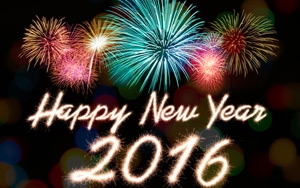 When you read "Ring in the New Year" as 2015 comes to a close, it won't always mean celebrating 2016. In this instance it's about the influx of mobile callers calling businesses directly and the results from pay per call on performance campaigns.

RingPartner and eZanga teamed up to establish a set of practices for performance-based mobile call inventory. The test that ran in June and July 2015 uncovered results and methods that showcase the strength of mobile pay-per-call advertising and best practices.

The test aimed to prove, by optimizing call sources, that RingPartner could achieve a stronger conversion rate, even with a broad keyword campaign.

So the company ran two sets of keywords to determine the ones that were performing best -- one with long-tail terms and the other with very short, broad terms. The searches with broad keywords were narrowed to ensure that no leads were lost.

RingPartner had recently changed its strategy to start with a generic keyword before breaking it down into more specific keywords based on performance, similar to the following example.

Since searches remain wider, keyword bids should start off more broadly and then refined to determine what works so leads are not lost.

The test found that generic terms such as "dentist," rather than "British Columbia pediatric dentist," netted more search results and produced more leads. The companies reported that the account with broader keywords received 1,886 billed calls and had an average conversion rate of 17.37% during the same time frame with a cost per call of $1.87.

RingPartner saw 784 billed calls with an average cost per call of $8.67 and average conversion rate of 4.92%. Call volume more than doubled and conversions rose 12.45%.

BIA/Kelsey estimates that advertisers will see about 27.8 billion more mobile searches than desktop searches in the United States this coming year.

Combining data from Invoca, BIA/Kelsey and eMarketer, eZanga gives us these stats: Marketers spend $64.6 billion annually to generate calls to businesses. Affiliate marketing will reach $4.5 billion in 2016. Mobile ad spend will reach $101.3 billion worldwide and account for 51% of all digital ad spend in 2016. By 2019 annual calls to businesses from smartphones will reach 162 billion, and global mobile ad spend is forecast to reach $195.5 billion.