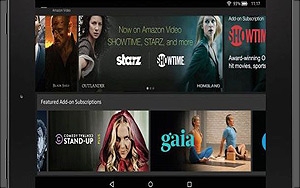 Moving toward more “a la carte” TV channel service for TV consumers, Amazon’s over-the-top subscription service will allow consumers to add up to 30 different TV channels such as Showtime and Starz in a package deal with its Amazon Video service.

Amazon has announced a program called Streaming Partners Program, which will allow consumers, for example, to add on either Showtime and Starz, available for $8.99 monthly.

After a free trial period, other channels will be available for extra fees. This is in addition to the $8.25 monthly fee for Amazon Prime.

Amazon says there will be greater ease in viewing for consumers. For example, TV viewers can move from a show on Amazon’s Prime Video to one on Showtime without switching between apps.

Michael Paull, VP of digital video at Amazon, stated: “The way people watch TV is changing, and customers need an easier way to subscribe to and enjoy multiple streaming subscriptions.”