ReachMax Report: Big Difference Between 'Programmatic Guaranteed' In China And The West 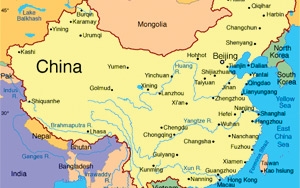 ReachMax, a China-based independent ad tech firm, finds that the term "programmatic guaranteed" doesn’t mean the same thing in China that it does in the West. That’s among the findings of  “A Guide to Programmatic Video in China,” a report that's the culmination of the company’s insights and experiences with programmatic video over the past two years.

The finding has implications for multinationals doing business in China. According to Charlie Wang, ReachMax COO, the main difference in using the term lies in the issues that programmatic direct/guaranteed aims to handle. For example, “in the West, programmatic direct... is centered around sales process automation so that the media sales team can focus on consulting and building relationships,” Wang explained to Real-Time Daily in an email. “But in China, programmatic direct is not a model preferred by publishers, because media sales locally, are very relationship-driven, therefore publishers don’t want to automate everything. “

Wang explained that China is a very publisher-dominant market and it doesn’t abide by many global standards like ad-serving and viewability. The implication is that ad tech firms operating locally need to be mindful of creating optimal situations for both advertisers and publishers. Wang went on to suggest that ad tech companies that continue to operate on an arbitrage basis will lose trust with both advertisers and publishers.

Among the report’s other findings:

Predictions on programmatic growth from iResearch indicate that by 2017, almost 30% of all digital ads will be bought in a programmatic way in China. And nearly 50% of all programmatic buys will be premium/non-RTB, as opposed to remnant/RTB. Wang agreed with that prediction.

Wang noted that in 2016, multinational advertisers should expect more data providers to open up access to their data, which he believes will spur more growth in programmatic. More access means that  advertisers will have more data for ad targeting.

“We also expect the programmatic ecosystem will become more focused and transparent. The China programmatic companies have always operated on an arbitrage model that's similar to the ad networks, and this will change as more advertisers demand full pricing transparency.”

Wang said he also expects ad-tech players to become more focused in their offerings, meaning that if they're a DSP then they don’t also offer DMP and ad network services: “This is an issue for the China market because many ad-tech players locally have evolved out of traditional ad networks, so they have multiple products offering a one-stop shop to advertisers. But using those bundled products, advertisers will lose transparency and control in inventory quality and pricing.”

As for header bidding, Wang said that it’s a relatively new trend in China but it hasn’t been adopted locally yet: “The local publishers will need to try it and see if it actually increase overall yields.”