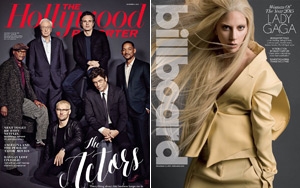 Guggenheim Partners is spinning off its portfolio of entertainment and media trade publications, including The Hollywood Reporter and Billboard, as an independent publishing and events company, the investment and financial services firm announced. The terms of the deal weren’t disclosed.

Guggenheim Digital Media President Todd Boehley is buying the publications and associated properties from Guggenheim with support from other investors. Boehly, who also became co-owner of the Los Angeles Dodgers in a deal backed by Guggenheim, is expected to leave the company following the transaction. However, he will keep a stake in both the company and the team.

In addition to the magazines listed above, the new company will include former Guggenheim properties like Adweek and Mediabistro. These will be organized into four business units. The complete roster will have one unit managing Billboard and Hollywood Reporter, a second for Adweek, Mediabistro and the Clio Awards, a third controlling Dick Clark Productions, and a fourth for film distributor A24.

According to various reports, the Guggenheim media properties were posting losses every year since 2009, when Prometheus Global Media, a Guggenheim subsidiary, bought the publications from Nielsen in a deal engineered by Richard Beckman, formerly head of Condé Nast Media Group. Beckman now serves as chief revenue officer at Vice Media.

Meanwhile, trade publications -- like their consumer-facing cousins -- are trying to reinvent their business models in the face of declining print advertising and new competition from digital rivals.

Earlier this year The Hollywood Reporter and Billboard launched an in-house native ad outfit, Adapt Studios, to help brands reach consumers in entertainment and music contexts. Adapt Studios uses the publications’ production capabilities at music and film festivals and leverages their access to top entertainment and music personalities in its branded content creation.