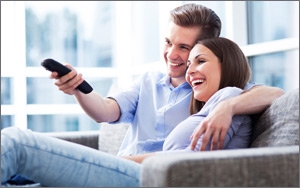 Millennials may indeed be cord-cutters or “cord-nevers,” but they do contribute to some or all the entertainment costs in households.

A survey from Field Agent, an Arkansas-based real-time information/insight company, says 84% of Millennials pay all of some of these costs -- 74% paying for subscription video-on-demand services, and 70% paying or traditional pay TV packages from cable, satellite or telco.

Young consumers also take advantage of free streaming advertising content, such as that from Hulu or Crackle. Thirty-six percent say they access these services. Another 27% get on-demand digital video rentals and /or services -- for example, using Vudu.

Some 47% of Millennials use laptops or gaming consoles to access content, while 29% get it via desktop computers; 28% via Blu-Ray players; 28% on tablets, and 24% via DVR machines.

Millennials are in accord with many other entertainment consumers. Ninety-seven percent say they get channels via traditional pay TV services they don’t want, with 46% adding they watch less than 10% of channels offered.

Research says 39% of Millennials identify themselves as “cord-cutters.” More than half -- at 116 -- say that among other things,  streaming TV content offers better value and lower cost.