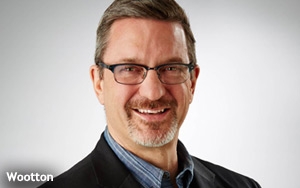 On Tuesday at a C Space Storytellers panel on programmatic TV (PTV) during the Consumer Electronics Show (CES), only three people in the audience raised their hands when asked if they had a strong sense of what programmatic TV is.

Rocket Fuel CEO Randy Wootton, the panel's host, gave a brief background of programmatic TV — beginning in the pre-tech days of “I Love Lucy.” He said the show commanded 80% reach of TV viewership when it aired in the 1950s. Over time, viewing habits changed, and so did linear TV ads.

Gaynor said that DISH learned a lot during the build-out phase of the platform: for instance, partners that are more experimental with how data informs targeting are most successful.

On the brand side of the equation, Giardina said his company will continue exploring programmatic. He added that the numbers aren't in on the campaign's performance, but Glenfiddich has found efficiencies in cost per impression and targeting. “For me, it’s important to use my media buys to gain excitement internally and with my distributors," Giardina said. "I need to give them a number and say, ‘This is where it’s going to be.’"