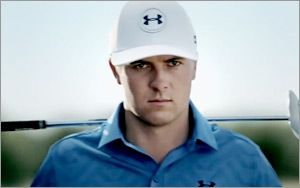 It’s no secret that Under Armour has been planning a major push in connected fitness. After all, it has spent some $700 million in the last three years buying up such popular apps as MyFitnessPal, Endomondo, and MapMyFitness. But with the unveiling the sleek and stylish UA HealthBox at the Consumer Electronics Show in Las Vegas, the fitness world can finally get a closer look at what it’s been hiding up its charged-cotton sleeve.

The $400 red-and-black box, ready for pre-order now and available in June, contains what Under Armour is calling a connected suite of products, including a wristband, a heart rate monitor and a scale, all meant to effortlessly communicate with one another, without endless syncing or multiple apps. (UA partnered with tech company HTC for the devices; a pair of $250 wireless earbuds, created by Harman, are available separately.) And it also introduced what it says is the first in smart footwear: The $150 Gemini 2 RE is scheduled for a late February release. (The company also released a video explaining the way the devices work.)

What they all share in common is UA Record, a single app introduced last year that pulls data from all the devices, telling you — for example — how many extra reps you’ll need to do to burn off that two-pound weight gain, how much deep sleep you’re missing or whether you’ve eaten enough protein, viewed through a single dashboard on your smartphone. And of course, it also connects users to one another through social networks, using IBM Watson for comparative analytics.

It’s bound to generate some buzz in the fast-moving world of wearables, where Fitbit, Jawbone and Garmin have been getting most of the attention. Silicon Valley biggies are also watching closely: Apple Watch continues to underwhelm consumers, and Google and Samsung have health and fitness platforms too. But it’s likely to get its closest looks from rivals in the sports apparel business, who are also trying to find a way to blend high-tech hardware into their apparel business. Nike, with its popular Nike + running community, aggravated fans when it bailed out of the wearable onslaught back in 2014, abruptly discontinuing its Nike FuelBand. And Adidas’ offerings, the miCoach Fit Smart and the miCoach Smart Run, have never quite caught on.

"For 20 years, Under Armour has changed the way athletes dress and now we will change the way athletes live," says Kevin Plank, Under Armour CEO, in its release. "Athletes will be empowered with the information to make better decisions and ultimately enrich their lives in a way that's never been done before."