Verizon Gets Third Of FiOS TV Revs From 'Skinny Bundles' 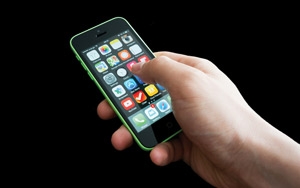 Verizon now says one third of revenue from its FiOS Video service comes from its so-called “skinny bundle” -- its Custom TV package that started up last April.

Verizon didn’t go into details in its financial release for the fourth-quarter 2015. But overall sales at the company's FiOS operations for the fourth quarter 2015 -- which include its FiOS Internet, FiOS Video, and FiOS Digital Voice phone service -- rose 6.8% to $3.53 billion.

Last year, Verizon offered up its Custom TV package -- a slimmed down TV package of around 50 channels. Verizon’s bigger FiOS packages -- more of a traditional pay TV provider service -- can contain 250 to 450 channels.

Verizon drew the anger from one big cable TV program network, ESPN, which filed a lawsuit against Verizon saying the telecommunications company had breached its distribution agreement.

Smaller packages of TV networks -- skinny bundles -- from cable, satellite or telecom pay TV providers, or other companies typically look to make sports and other networks extra paid options for customers to purchase.

Verizon now has a total of 5.8 million FiOS Video service subscribers at the end of 2015, a 3.2% increase from the same period a year before when it was 5.6 million. This level gives Verizon a 35.3% penetration of 16.5 million homes capable of getting the FiOS Video service.