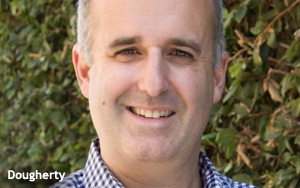 Jelli’s RadioSpot ad tech is live on 1,276 stations in 193 of the top 200 U.S. cities, according to Mike Dougherty, CEO.  Jelli’s growth is indicative of the radio industry “moving from the education phase to the execution phase” of programmatic buying, Dougherty told Real-Time Daily.

Among the big media companies making the move was iHeartMedia, which went live with programmatic for 850 radio stations in 2015. It also launched a private exchange last year and has been active working with advertisers to leverage programmatic. “They’re uniquely positioned because of their scale to have dialogue with the agency holding companies,” Dougherty said.

He noted  that radio companies Entercom, Emmis, Townsquare Media and part of CBS Radio -- about 40 stations -- have all embraced programmatic buying. With iHeartMedia, they represent one-third of the overall radio listening share in the cities in which Jelli is deployed.

Local radio presents a different story.  Dougherty says by late Q1 a large spot exchange, Expressway from Katz, will launch, set to work with some 4,000 radio stations and enable broadcasters to customize local executions. This will represent the first industrywide programmatic buying ad exchange at scale for the radio industry.

Dougherty projects that in 2016, radio, both national and local, will increase its programmatic volume possibly 10x in “meaningful dollar volume."

Dougherty says ad tech SSPs and DSPs haven’t really come to radio yet, but he thinks they will. “Radio represents about 1 in 10 of all ad dollars in the U.S. because advertisers want to reach people in their cars.” The $16 billion industry includes digital audio, streaming radio, podcasts and regular radio. National radio represents about $4 or $5 billion of that figure.

Dougherty believes that because radio is less fragmented than the TV industry, programmatic at scale will happen faster.

In 2015, 11 of the top 13 U.S. agencies and five of the top 10 U.S. advertisers that buy radio advertising had already used programmatic platforms powered by Jelli. The company also  executed the first programmatic spot radio campaign by Horizon Media for GEICO via Katz’s open exchange.

Jelli closed a $21 million Series B round with Relay Ventures, Intel Capital, First Round Capital, iHeartMedia and Universal Music Group in early 2015 to help it scale.