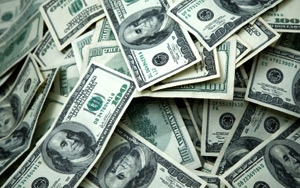 Vidyard on Tuesday announced $35 million in Series C funding, placing equity funding in the video marketing company to date at more than $60 million.

The new capital will be invested in products for Vidyard’s video marketing platform, which helps marketers boost customer engagement with video content and analytics.

Video now accounts for more than half of mobile traffic, and can boost marketing campaigns significantly. Videos are easily shareable on social media, and have also been shown to boost email clicks by 200% to 300%, per Forrester.

“Video represents a massive opportunity for businesses to drive greater engagement with their message and to use second-by-second viewing data to understand the digital body language of potential buyers,” says Michael Litt, CEO and co-founder of Vidyard.

Vidyard, which employs 100, plans to double the size of its staff within the next 12 to 18 months. A company spokesperson says the company is emphasizing product development by expanding its engineering team, as well as increasing its sales and marketing departments.

Michael Brown, general partner at Battery Ventures, will be joining the board of directors at Vidyard.

“Vidyard can help businesses realize the full potential of video, not just as a content medium, but as an incredible source of business analytics and customer insight,” Brown says.