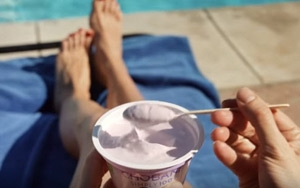 In response, Chobani told the press that it had already stopped running the ads in question (which had been launched in early January), and issued a release saying that while it awaits the trial, it will "continue its mission to call on food makers to use only natural ingredients" and "provide consumers with more information about natural ingredients versus artificial ingredients."

In his rulings on Jan. 29, U.S. District Judge David Hurd said that Chobani "is free to continue to spread its message about the value of selecting natural ingredients," but that Chobani is not free to disseminate false messages, including that Dannon's or General Mills's products are unsafe because they respectively contain the sweetener sucralose and the preservative potassium sorbate.

Both sucralose and potassium sorbate have been extensively studied, and both are generally recognized as safe by U.S. food regulators. In his rulings, Hurd wrote that "the balance of record evidence reflects that sucralose is an unusually well-studied compound repeatedly determined to be safe for ordinary consumption," and that the U.S. Department of Agriculture has stated that potassium sorbate has been found to be "nontoxic even in large quantities."

Courts "regularly recognize that even where 'no combination of words' found in the advertisement is untrue, the message conveyed by the advertisement may still be 'literally false' if its clear meaning, considered in context, is false," Hurd wrote.

Chobani's original "Pool" ad stated: "Dannon Light & Fit Greek actually uses artificial sweeteners like sucralose ... that stuff has chlorine added to it." It showed a woman, reclining in front of a pool, tossing a carton of the Dannon product into a wastebasket, as a voiceover says: "Now there's Chobani Simply 100...It's the only 100-calorie light yogurt sweetened naturally."

Since it stopped running the original ads, Chobani is running 15-second versions of the originals that do not mention competitors. Instead, the "Pool" 15-second spot states that its Simply 100 is "the only 100-calorie light yogurt sweetened naturally," and its "Fruit Stand" 15-second spot states that Simply 100 is "the only light Greek yogurt with zero preservatives."

Dannon issued a release stating: "We are pleased with the court’s decision granting a preliminary injunction to stop this misleading advertising which is causing fear about safe ingredients, and we look forward to full and final resolution of this matter. Dannon considers this first step a victory for consumers who love Light & Fit. Contrary to what Chobani has said, its Simply 100 ad campaign is not about providing consumers with choice. We have always used only safe ingredients to make a wide variety of yogurts that are enjoyed every day by millions of people. "

General Mills also released a statement saying it was pleased with Hurd's ruling, adding that it "supports fair and vigorous competition between companies, but false advertising only misleads and harms consumers."