'Star Wars' Is Most Powerful Brand, Apple Is Most Valuable 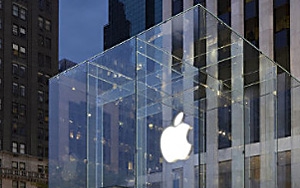 U.K.-based Brand Finance says the big movie series tabulated a 91.8 out of 100 brand strength score, followed by Danish toy company Lego at 91.6; French cosmetics company, L’Oreal, with 91.5. Consulting companies were next: PwC at 91.5 and McKinsey with 91.4.

Brand Finance says research is calculated based on a number of attributes, including emotional connection, financial performance and sustainability.

In determining brand value, Brand Finance took a retrospective look at the share price of the world’s brands and the subsequent stock market performance.

Brand Finance says the definition of a “brand” is based on all the expectations and opinions held by customers, staff and other stakeholders.