Google Product Listing Ads Off To A Strong Start In 2016 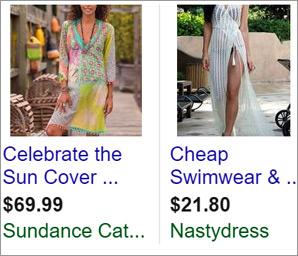 Images draw in consumers and entice them to click on an advertisement. Marketers began experiencing this about a year after the ad units launched. Much has been reported on Google product listing ad performance in 2015, but what about in 2016?

PLAs are off to a strong start this year as well, according to data released Thursday. Traffic from the image-based ads rose 25% in the first month of the new year compared with the year-ago period, according to Adlucent.

Among Adlucent clients, orders and revenue rose 28% and 19% respectively, while search fell across the board. Search traffic fell 4% and revenue by less than a percentage point. A spike during the New Year's Eve weekend gave way to a decline each week in January

The second week of the New Year was especially strong for PLAs. Traffic rose 40% and there were 66% more impressions serving up, compared with the same year ago time period. Consumers were spending, as orders and revenue rose 41% and 33%, respectively. In comparison, search traffic fell 2% and impressions by nearly 20%.

Meanwhile, during the first month in 2016, WordStream noticed Google running three tests for PLAs in image search results. The first dubbed a PLA carousel that showcases products in Google’s image search results. Directly below the line the image grouping that allow searchers to narrow down their search.