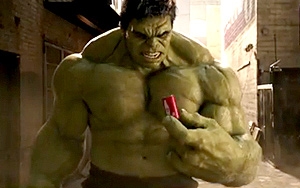 After lowering TV commercial and other non-football time in the Super Bowl the past two years, non-program clutter climbed again for the game on Sunday -- in large part due to growing CBS TV program promo time.

The media research company says it was the second-most non-program cluttered game ever.

CBS spent 8 minutes and 50 seconds promoting its TV shows and various other businesses, like Showtime and its digital video platform CBS All Access. This was the second-highest total for a network in the last five Super Bowls.

Super Bowl 2013 holds the all-time record for non-program clutter -- at 51 minutes and 40 seconds, with network promotional time at 10 minutes and 20 seconds. That game was also aired by CBS. Also in that year, NFL itself ran three minutes of promos that year, double the level of this year’s game.

In that year, “Super Bowl XLVII” between the Baltimore Ravens and San Francisco 49ers in New Orleans, the game had a 34-minute delay due to a power outage.

Some 17 new advertisers made appearances in the Super Bowl -- 27% of the total paid advertising time. Seventeen commercials of the 62 in-game commercials were one minute or longer -- the third-highest total ever but down from the last two years.