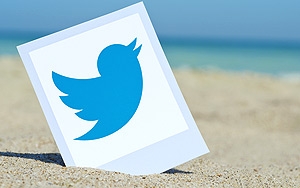 Despite a growing user backlash, Twitter is moving away from arranging tweets in chronological order.

Marking a fundamental strategic shift, the social giant will now give users the option of seeing more relevant tweets placed more prominently in their timelines.

Rather than impose the change on users, Twitter is requiring that they actually turn on the new feature themselves. Even after the feature has been initiatied, users only need to “pull-to-refresh” to see new, chronologically-ordered Tweets at the top of their timelines.

Rationally, the change makes sense, according to analysts.

“One of the major drawbacks of Twitter’s real-time, reverse-chronological feed is that if you follow a lot of people, you often miss something you might have been interested in,” said Debra Aho Williamson, principal analyst at eMarketer. “If you aren’t constantly using it, new tweets pile up on top of old ones, and by the time you get back to it, you’ve missed a lot.”

As such, the change should achieve its goal of engaging more users, Williamson added. Better yet, “for marketers, more engagement means more likelihood that people will see their organic tweets and paid ads on Twitter,” she said.

Yet the shift is fueling a growing sense of betrayal and resentment among some longtime Twitter users. Rallying around the hashtag #RIPTwitter, incensed users managed to turn their frustrations into a trending topic on Twitter, over the weekend.

Forrester analyst Erna Alfred Liousas said Twitter diehards need to chill. “Twitter is in ideation mode,” she said. “It may sound painful to existing users, but they need to test their new ideas and gauge the response from existing and new users.”

“They aren't locking everyone into this, users have the option to turn it off,” Liousas added. “That in itself shows they're trying to figure out preference as opposed to changing everything for good.”

In another major shift, the company is also increasingly opening its doors to unregistered visitors. As of earlier this month, people without Twitter accounts can follow a variety of content streams in real time.