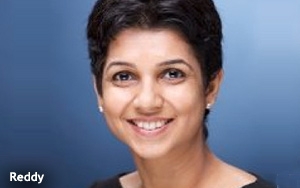 Rather than leaving Facebook, Reddy will be returning to the company’s global headquarters in Menlo Park, California. The timing is terrible for Facebook, and follows a string of negative news from India.

As part of a ruling in favor of Net neutrality, Indian telecom regulators decided to block Facebook’s Free Basics Web service, earlier this week. The move made good on a threat issued by the Telecom Regulatory Authority of India -- an independent regulator of the country’s telecom industry -- late last year.

In response, Marc Andreessen -- a venture capitalist and member of Facebook’s board -- sparked outrage by calling the regulators’ move a form of “anti-colonialism.”

In a tweet, Andreessen said: “Anti-colonialism has been economically catastrophic for the Indian people for decades. Why stop now?”

Rather than anti-colonialist, Indian regulators said they wanted to have Facebook’s Free Basics service suspended because the program violated net neutrality principles by giving people incentives to use certain Web services over others.

In a Facebook post, Reddy said: “It’s a bittersweet moment to share that the return time frame is coming up in the next six to 12 months.”

She is working closely with William Easton and Dan Neary "as we search for my successor in India,”said Reddy. “I have also begun to explore new opportunities at Facebook back at Menlo Park."

According to Facebook, Kirthiga was not involved in its Free Basic initiative during her roughly six years in India.

“Today’s decision is a major victory for free speech and for Internet users everywhere, no matter what Mark Zuckerberg’s well-paid public relations team might tell you,” said Evan Greer, campaign director for U.S.-based digital rights group Fight for the Future.

Last May, nearly 70 advocacy groups released a letter to Facebook CEO Mark Zuckerberg expressing their opposition to the program.

Formerly known to the world as Internet.org, Free Basics offers broadband access to cell phone users in developing countries, but only lets them visit certain sites -- including Facebook -- for free. As such, critics have accused the social giant of using the service to expand its own footprint, while circumventing the principles of Net neutrality.

In a letter published in the Times of India, last December, Zuckerberg wrote: “If we accept that everyone deserves access to the Internet, then we must surely support free basic Internet services.”