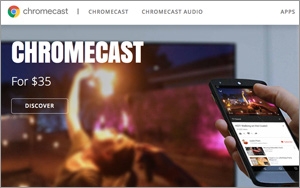 Gaming connected consoles will still command the most users -- 54.3 million, according to eMarketer, a 5.1% improvement from a year ago.

Google Chromecast, as a connected TV device, will see the greatest growth -- up 32.4% to 30.2 million. Smart TV sets will end the year as the device with the second-most connected users -- 37.4 million, up 6% from a year ago.

While Blu-ray players will have the third-most-connected TV users -- 27.9 million -- it will be the only device declining this year, to 0.6%. This will accelerate in the coming years. The study says that by 2019, its users will decline 2.5%.

The October 2015 study from eMarketer is of individuals of any age who use the Internet through the connected TV at least once per month.