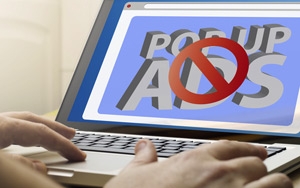 The ad-blocking panel at MediaPost's Programmatic Insider Summit Tuesday, hosted by Real-Time Daily editor Tobi Elkin, was the scene of a lively debate.

After Addison introduced himself by saying Adblock Plus is trying to do right by advertisers and consumers ("Every decision we make is still made like an open-source company... We are the voice of the consumer in all this"), Zinman immediately countered the claim, saying Adblock Plus is a for-profit that makes money by asking publishers to pay an extortion fee.

"It's like someone walking into a shop and saying, 'Nice shop. it would be a shame if something happened to it,'" Zinman said. He added that he appreciated Addison attending the panel, which he compared to walking into a lion's den.

It's getting hot in here, heated discussion on ad blocking. Re: AdBlock Plus @ #MPProgrammatic

Elkin asked Addison if he had a response to Zinman's comments. Addison said, "We work with the companies representing the consumer saying, 'Look, this inventory of ads, you need to make it better." He added that Adblock Plus has polled its users and found "they don't necessarily want to kill ads, they just hate the egregious stuff."

And companies working with Adblock Plus have realized it's become a channel of tech-savvy people who can define Internet experience on their terms, Addison said. "[Users] don't block everything," Addison said. "They're willing to accept some ads that we have decided are acceptable according to their wishes."

Chung said her company, DigitasLBi, is doing its best to monitor adoption rates and consider ads that can't be blocked, like in-app inventory. "We're doing our best to limit taxation across the board," she said, adding that DigitasLBi advises advertisers it works with to make smart bets.

Toward the end of the panel, Zinman expressed his frustration with publishers, saying he wished they were more engaged instead of just taking it on the chin.

"You keep serving content to these people," Zinman said, who are "basically stealing the content and stripping out the monetization that publishers need to survive." He said his company, RadiumOne, is trying to invest in cross-device as a solution:  If you can identify the user across multiple devices, you can better maintain reach and get a message across to them.

There are some choke points in publishers trying to respond to the blocking problem, Zinman said, adding that an unnamed U.S. publisher said it doesn't want to block users who are blocking ads because doing so would affect the publisher's reach score from comScore. If publishers were to block ad blockers from content, users would feel the pain of stealing content and blocking ads, Zinman said.

Addison said publishers should be careful about that, adding that the only reason consumers accepted ads before was because they didn't have a choice. Now they do have a choice, Addison said. Zinman said he disagreed, saying consumers would overwhelmingly choose to take ads for content.

The crowd -- full of marketers and ad-tech companies who work with them -- had plenty of questions for Addison. Chris Muellenbach, director of product, Pulsepoint, asked why Adblock Plus doesn't unblock acceptable ads (according to the AdBlock Plus community's classifications) across all publishers today.

Addison said most of the comScore 1000 list could apply for free whitelisting, adding, "In order to make that [whitelisting] service free for the smaller ones, we’re going to ask the larger ones to sponsor us and pay.” That seems to satisfy the question in a roundabout way: The reason Adblock Plus won't let all acceptable ads through its filter is because its main source of revenue comes from "whitelisting" fees, according to its site.