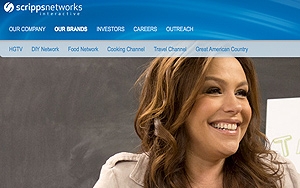 U.S. domestic advertising revenues were up 7.4% in the fourth quarter, over-delivering on analysts expectations, which were in the 5% to 6% range.

Many TV network groups have said they have garnered strong near-term, scatter-market advertising sales since the TV season began in September 2015.

Fourth-quarter 2015 for all its networks was up 10% on average when looking at the Nielsen C3 metric (average commercial ratings plus three days of time-shifted viewing) of viewers two years and older. Two of Scripps' biggest networks did well -- HGTV gained 12% and Food Network gained 9%.