Ecommerce Should Matter To Search Marketers 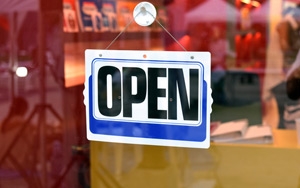 The 2016 Digital Commerce Report -- released Wednesday by CloudCraze with support from Salesforce -- focuses on the problems facing brands, highlighting where they fall short when it comes to offering the best commerce experience across devices and the key improvement areas for brands to excel in within a new era of commerce.

About 42% said it took longer than one year to implement the site; 47%, between seven and 12 months; and 11%, between one and six months.

High costs and slow speed to market are too common for ecommerce site and tool implementations, creating a wide gap between cost and return on investments. Despite investing millions of dollars and significant time into their ecommerce implementations, many organizations are still unable to maximize profits, according to the findings.

Since marketers value the ability to monitor and react to customer actions in real-time, technology that supports recommendations plays a major role in the decision-making process. Some 86% said real-time analytics capabilities are an important or extremely important capability when selecting a digital commerce technology, while 13% said they are somewhat important and 2% said they are not important.

Ecommerce challenges highlight a lack of customer visibility with 49% admitting that quickly updating their commerce based on organizations' or customers' needs is important, followed by 45%, scaling quickly to the changing needs of the marketing; and 40%, getting a complete view of customers.

Mobile is more than just a challenge for companies offering ecommerce to customers, but rather a requirement. More than 80% of survey respondents reported they offer mobile capabilities to their customers through their ecommerce system.