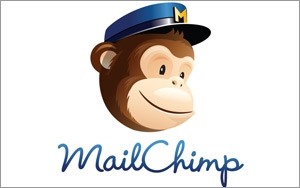 Email marketing company MailChimp announced Wednesday that Mandrill will transition to an email add-on to paid MailChimp accounts. The company will no longer offer the tool as a separate free platform.

Well known for its sponsorship of the Serial podcast, MailChimp is an email marketing platform particularly aimed at small- to medium-sized businesses. The company had offered Mandrill, a stand-alone transactional email developer service, since 2012.

In a move that will likely irritate Mandrill’s developer audience, users now have approximately 60 days to either sign up for a paid MailChimp subscription or find a new vendor and potentially transition or rewrite any completed code.

MailChimp justified its decision in a blog post on the company’s Web site.

"We want to build sophisticated, enterprise-grade solutions, and make them more accessible to small businesses (we do that by making it fun and affordable)," writes Ben Chestnut, cofounder and CEO of MailChimp. "We came to a fork in the road, and choosing the 'personalized transactional' path with Mandrill suits us and our customers better than the ‘utility’ path."

In a conversation with Email Marketing Daily, Dille asserted that MailChimp’s decision makes more sense if you take a look at the general marketing industry.

He explains that there are two separate email marketing markets. There are traditional email marketers who utilize email newsletters and marketing services, while another part of the market is more mobile-focused. This latter part of the market contains developers and marketers who are building mobile apps that use transactional email for engagement as part of a larger, overall marketing strategy.

“What MailChimp is now doing is developing that developer market for email inside an app,” says Dille. “Their view of the market is that everybody starts out doing email marketing emails, but only some of you need transactional emails.”

“I think that they believe people will move on from Mandrill, and that they’re just not interested in that market anymore,” Dille continues. “Their business is marketing, that’s why they got in to the business and that’s what they’re good at. Transactional email is just an add-on.”

In a smart move to take advantage of the market opportunity, SparkPost announced a new service on Thursday aimed at a developer audience. SparkPost will offer a free tier of its SparkPost Express product for developers, who can send up to 100,000 emails a month for free.

Dille confirms that SparkPost has already seen a jump in interest from developers who are looking to move on from MailChimp’s Mandrill service. SparkPost is also able to ramp up new accounts on its platform within two weeks, easing the fears of any developers concerned about MailChimp’s short time notice.

email, mobile
1 comment about "MailChimp Forces Mandrill Developers To Pay Up".
Check to receive email when comments are posted.
Next story loading