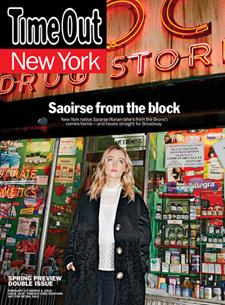 Time Out is pivoting from its traditional business model as an events guide and directory to a new strategy centering on content and commerce. The brand is undergoing a makeover as part of the transition, with a new look set to debut on March 1, the publisher announced.

Created by Time Out in collaboration with adam&eveDDB, a creative agency, the redesign includes new City-specific logos and mastheads for all the publisher’s content, including magazines, mobile, social, Web, advertising, and live events.

The new look coincides with an updated tag line, “Discover/Book/Share,” highlighting the convenience offered by the brand’s commerce offerings.

Users can turn to Time Out for a variety of planning functions, including booking a table, buying tickets, accessing special offers, and reviewing, rating and sharing the experience via social media afterwards.

The new look follows a number of major strategic changes at the global publisher, which has editions in 107 cities in 39 countries around the world.

Last year, Time Out New York announced that it was shifting to free distribution, as it also more than doubled its circulation to 305,000 copies with a weekly publication schedule. The new model relies partly on an aggressive distribution strategy, including street teams who pass out copies, along with free distribution via lifestyle venues, including nightlife spots, gyms and theaters.

This repositioning followed a similar revamp for Time Out's London counterpart in 2012. Time Out and its global counterparts were acquired by Oakley Capital in 2011. Most of these editions are actually co-owned by Oakley with other investors.