Ready Or Not, Here Come The Upfronts 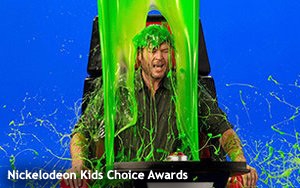 It may be hard to believe, but Upfront season starts today.

As of this morning, the calendar for Upfronts/NewFronts lists 65 New York events from today through May 19.

The lion’s share of them are in May -- 44 of them in 19 days -- ranging from smaller media companies you might never have heard of such as Woven Digital (May 6), Stylehaul (May 10) and Whistle Sports Network (May 11) to most of the biggies.

One exception this year is A+E Networks -- which includes A&E, Lifetime, History Channel, FYI and now, the new Viceland -- which last year put on one of the biggest Upfront shows of the season at the cavernous Park Avenue Armory. Not this year, though. Instead of a big Upfront presentation, the company is opting for private, smaller presentations for agencies and others in New York and other cities.

This decision follows in the footsteps of Discovery Networks, which formerly staged one of the biggest and best Upfronts of past seasons, but last year chose to go in the opposite direction with private presentations. Discovery shrewdly held a breakfast for the always-hungry press corps, however, to brief them on the company’s Upfront plans before getting their show on the road. Discovery is doing the same this year.

Holding with tradition, the Big Four TV networks will have their Upfronts in the season’s final week -- Monday, May 16 through Thursday, May 19. ESPN, Turner Networks and Univision have also wedged themselves into the Upfront season’s final four-day week, along with a handful of others.

Like last year, the final Upfront of the year on May 19 will be NBC Universal Cable -- encompassing all of the cable channels the company owns, including Syfy, Bravo, USA Network, E!, Oxygen and a couple of others.

One of the questions that underlies the arrival of Upfront season every year is this one: Is it all worth it? The companies such as A&E and Discovery that have opted out of the business of staging big, expensive events apparently feel they are not worth the investment -- the implication being that they can book more business by making the same investment (or less of one) in a series of smaller presentations.

They would certainly know this better than I would, since I’m just a spectator at these big events who tends to be dazzled by all the sights and sounds. To me, when an Upfront presentation is done right, it makes a strong impression. After all, these companies are in show business, and the way they put on a show should count for something.

Although A+E Networks has decided to go in a different direction this year, the company put on a great show last year. Among other things, A&E (the network) announced two miniseries -- “War and Peace” (which aired earlier this year) and a “Roots” remake (due to premiere on Memorial Day) -- and its new “Damien” series premiering next week. At the same event, Lifetime ballyhooed its new scripted drama “UnREAL,” which later emerged as one of the best new shows of the year.

Other Upfronts that I singled out for praise last year included BET’s and Univision’s. BET’s presentation at the Rose Theater got an A+ for showmanship and salesmanship. Not only was it entertaining, but BET’s execs repeatedly asked for the order too. And isn’t that the point?

Univision’s presentation at the Lyric Theatre in Times Square featured Bill Clinton, who came onstage to talk about the value of Hispanic audiences, and Ricky Martin, who performed. This too was an A+ event.

Like last year, this year’s schedule includes so-called “NewFront” presentations by the likes of BuzzFeed and Yahoo. Last year’s Yahoo presentation included at least two high-profile announcements that went nowhere -- a DJ competition show from Simon Cowell that made a lot of noise but never came to fruition, and a sitcom that was supposed to be a 2016 version of “Friends.” That was never produced either. Instead, Yahoo seems to be more notable this year for making headlines for cutbacks and tumult.

What they will say at this year’s NewFront presentation is anybody’s guess. It’s scheduled for May 4.