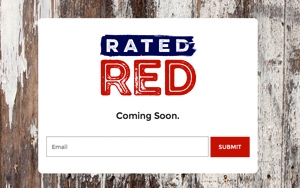 Verizon and Hearst announced Wednesday that they have formed a joint venture to develop digital video programming targeting the mobile millennial audience.

The venture will be called Verizon Hearst Media Partners and will pair Verizon’s technology with Hearst’s digital video content and production capabilities to develop two channels for millennials to watch on their smartphones: RatedRed.com and Seriously.TV.

The “initial” channels will be distributed across Verizon’s go90 app, AOL, which Verizon acquired last year, and other distribution platforms, as well as through third-party networks and licensors, per a statement.

Both RatedRed.com and Seriously.TV are expected to launch in time for the NewFronts, an annual series of events for advertisers and media buyers showcasing partnerships between brands and native digital programming.

“Verizon Hearst Media Partners represents the next step in the development of our media strategy, which is focused on disruption that is occurring in digital media, content distribution and ad tech, and involves building a video platform for digitization, formatting, delivery and commerce,” stated Brian Angiolet, Verizon’s senior vice president of consumer product and marketing.

“Developing a portfolio of content enables us to capitalize on the forces transforming the mobile ecosystem,” Angiolet added.

RatedRed.com will target “millennials from the heartland” of America, according to the statement. The channel will provide world news updates, documentaries and scripted and nonscripted series on topics like music, food, outdoor life, military affairs, politics and faith.

Seriously.TV will offer comedic news updates throughout the day, with a similar format to late-night TV talk shows. This targets millennials who are increasingly “turning to their phones instead of late-night programming for their take on world events,” the companies stated.

According to Neeraj Khemlani, co-president of Hearst Entertainment & Syndication, Hearst has invested in various millennial-focused digital video networks lately, like BuzzFeed and Vice.

“It’s the dawn of a new era of video brands for the next generation of viewers,” Khemlani stated.