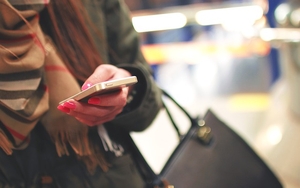 Get ready for a major turning point in the world of ecommerce and mobile marketing. Next year, more than half of all domestic digital consumers will use a smartphone to complete at least one purchase.

That’s according to a new eMarketer forecast, which expects 95.1 million Americans ages 14 and older -- or 51.2% of digital buyers -- to tap the “buy” button on their phones.

The milestone will mark a major evolution for U.S. consumers, most of whom still prefer to do their buying on desktop computers, and through other channels.

“Most shoppers regularly browse and research on their smartphones, but they’re now also making purchases with them,” eMarketer retail analyst Yory Wurmser notes in a new report.

What has changed? Among other factors, “as mobile sites become better optimized and screen sizes grow, it’s becoming easier for shoppers to complete the purchase on the smartphone,” according to Wurmser.

Tablets, however, are not enjoying the gains. Rather, as smartphones’ share of mcommerce sales continues to rise, tablets’ share will continue to fall.

Meanwhile, despite the success of smartphones, they remain a niche part of the broader retail marketplace. While mcommerce should represent 32% of all ecommerce sales, this year it will represent just 2.6% of total retail sales.

What’s more, far more shopping sessions are initiated on smartphones than are ever completed. This year, 165.8 million U.S. consumers 14 and over will browse products on their smartphones, but then fail to complete the purchase on their phone. That figure represents 78.5% of all domestic digital shoppers.

What can etailers do to increase those numbers? “Retailers need to make it as easy as possible for consumers,” according to Wurmser. “That means fully optimized mobile Web sites, a checkout process with few steps, and fully personalized merchandising.”