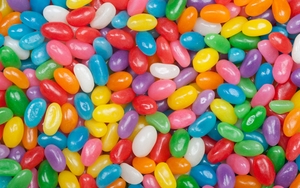 Six more candy companies have committed to refraining from engaging in advertising directed primarily to children under 12.

The companies made the pledge under a new program created by The Council of Better Business Bureaus (CBBB) and the National Confectioners Association (NCA), called the Children’s Confection Advertising Initiative (CCAI).

The new program is modeled after the CBBB-administered Children’s Food and Beverage Advertising Initiative (CFBAI) — under which six big candy companies pledged some time ago to stop direct advertising to kids under 12: American Licorice Company; Ferrero USA; The Hershey Company; Mars, Inc.; Mondelez International and Nestlé.

“CCAI follows the same principles as CFBAI, but is designed for small-to-medium size confectionery companies and has fewer administrative requirements than CFBAI,” explained Maureen Enright, director of CCAI and deputy director of CFBAI. “All CCAI participants are making the same commitment not to engage in child-directed advertising. CFBAI will independently monitor compliance and will publish periodic compliance reports, as it does for CFBAI.”

The brands produced by the six companies in the new program include Brach’s, Lemonhead, Ghirardelli, Jelly Belly, Peeps, Mike and Ike, and Welch’s Fruit Snacks, among others.

Jessica Almy, senior nutrition policy counsel for The Center for Science in the Public Interest, released a statement praising the companies for making the commitment and encouraging others to follow their example.