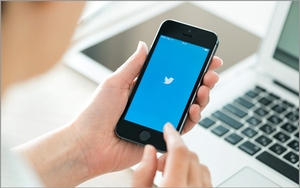 Making it easier for users to go back and forth between TweetDeck’s desktop app and Web site, Twitter is no longer requiring that they log in to the service separately.

Designed to help people track multiple Twitter feeds, Twitter has been trying to improve TweetDeck over the past year. Among other features, it rolling out TweetDeck Teams, group Direct Messages, and a confirmation step before Tweeting.

“Now, when you move from TweetDeck to Twitter Web sites, or from these sites to TweetDeck, you’ll be automatically logged in,” Amy Zima, a product manager at Twitter, notes in a new blog post.

By mid-April, Twitter will no longer support a stand-alone Windows app for TweetDeck.

“If you use Windows, you’ll still be able to visit TweetDeck on the web,” according to Zima. “Nothing is changing about TweetDeck itself, just where you access it from.”

Despite efforts to appeal to a large audience by simplifying its service, Twitter continues to struggle. Citing a flattening of its user expansion, eMarketer just lowered its ad-spending projections for the software giant.

Twitter will generate $2.61 billion in advertising revenues in 2016 -- down $340 million from the $2.95 billion eMarketer projected in its last forecast in the third quarter of 2015.

Martin Utreras, eMarketer senior forecasting analyst, estimates that 90% of Twitter’s revenues would be derived from mobile users, noting, "We have yet to see material monetization of logged-out users.”

eMarketer projects Twitter’s user base will climb to 291 million users worldwide this year, but reduced its estimates for the number of U.S. Twitter users ages 12 to 24 and 65 and older in the U.S., based on its new data.