Pop's Upfront Pitch: We're Growing, And Our Competitors Are Not 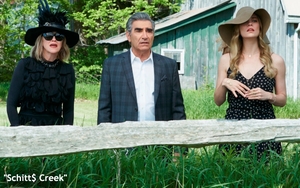 The year-old Pop network is touting its first-year growth, and taking direct aim at its ad-sales competitors -- mainly, other cable networks whose ratings are down while Pop’s are up.

It’s one of several messages Pop is emphasizing in its presentation to advertisers going into this year’s upfront season. The main thrust of Pop’s pitch: Shift your budgets from them to us.

“Most cable channels are down and we are defying the industry trend by growing. Our ratings are up, and most are down,” Pop President Brad Schwartz told Media Daily News last Friday. “That’s really the theme this year, that we are trying to tell everybody in the industry to shift some of your love, shift some of your investment from wherever you have it now over to Pop.”

Pop -- formerly the TV Guide Network before undertaking a comprehensive rebrand in January 2015 – is owned 50-50 by CBS and Lionsgate. Last year, just weeks after adopting its new name, Pop put on an upfront presentation for the press at a hotel event space in New York. This year, Pop is taking its presentation to advertisers and their agencies, and showing it to the press individually.

Media Daily News got a private look at the presentation Friday morning in a conference room at CBS in the company of Schwartz and Michael Dupont, executive vice president of advertising sales for Pop.

Schwartz said Pop focused on making improvements in at least three areas in the network’s first year -- distribution (it’s now carried on cable systems representing more than 80 million U.S. TV households), credibility in the marketplace (by offering relatively conservative audience guarantees that Pop was then able to deliver), and developing content with the aim of creating an attractive brand environment for advertisers.

On this latter point, Schwartz said some cable channels targeting the same audience as Pop -- generally women 25-54 and adults 18-49 -- have been relying on reality- and non-scripted content that has repelled advertisers in some cases. “As we go into this next upfront period, we’re really in a position where we can say we have been delivering,” Schwartz said.

In its presentation, all of Pop’s areas of improvement get ample attention, especially and including its ratings growth. “We’re up in ratings, we’re up in distribution, we’re closing the competitive gap, and we’re doing all of that while being more efficient than everybody else, and we do it all with quality content,” Schwartz said, summing up this year’s Pop upfront theme.

Where Pop’s audience is concerned, the network is laser-focused on millennials. Among other things, Schwartz noted that much (if not all) of the talent involved in Pop’s new and returning original programs have some sort of connection to ’90s pop culture. Examples include Eugene Levy, known to a generation of moviegoers as the hapless dad in the “American Pie” movies and now the star of the Pop sitcom “Schitt$ Creek” (pictured above), and ’90s music heartthrobs New Kids on the Block, who star in a Pop unscripted series called “Rock This Boat,” returning for a second season this summer.

“Schitt$ Creek,” which just started its second season last week, was Pop’s first scripted series. Its success inspired Pop to develop a second scripted sitcom due to premiere this summer -- a late-night TV spoof called “Nightcap,” starring Ali Wentworth as the stressed-out executive producer of a New York late-night show called “Nightcap With Jimmy” (in which the host -- “Jimmy” -- is not seen at all in the entire first season of the sitcom).

Pop’s upfront presentation makes sure to identify Wentworth’s connection to 1990s TV -- she was in the cast of “In Living Color” and played Jerry Seinfeld’s girlfriend nicknamed “Schmoopie” in the infamous “Soup Nazi” episode of “Seinfeld.”

All told, Pop will have eight original series -- both new and returning -- cycling in and out of prime time this year. Also in development: A scripted sitcom centered on the life of Joey McIntyre of New Kids on the Block – starring McIntyre.

Pop’s presentation also notes that the network’s daytime lineup from 9 a.m. to 5 p.m. is made up entirely of off-network series from the 1990s and 2000s that resonate with millennials, including “Beverly Hills 90210,” “Dawson’s Creek,” “The O.C.,” “That ’70s Show” and “Melrose Place.” Schwartz said the lineup has enabled Pop to lower the median age of its daytime audience by 11 years in just one year.

“We really accomplished a lot this year,” Schwartz said. “We had a great ratings story, a great brand-environment story, a great content story and we’re doing really well in a sea of cable channels that aren’t doing well.” Pop’s presentation stresses all of these points and also notes the network’s relatively inexpensive prices and reliable delivery on ratings guarantees.