Google And Microsoft Weigh In On TVEyes' Battle With Fox News 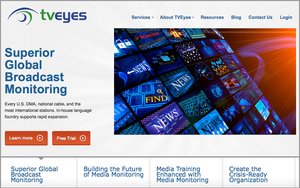 A federal judge's order requiring television monitoring service TVEyes to disable some of its functions "could have unintended consequences for search providers," Google and Microsoft warn in new court papers.

"Although Google and Microsoft are competitors, they stand together in recognizing that search tools are essential to making information more accessible and useful," the companies say in a brief filed on Wednesday with the 2nd Circuit Court of Appeals.

The companies are weighing in on TVEyes' copyright battle with Fox News over clips. TVEyes recently asked the 2nd Circuit to rule that the company's entire business model is protected by fair use principles.

TVEyes is appealing a mixed decision issued by U.S. District Court Judge Alvin Hellerstein in Manhattan. He said TVEyes makes fair use of Fox News Network's material by indexing news clips and providing snippets of them to subscribers.

But he also ruled that other components of TVEyes' $500-a-month service -- including features that allow users to download clips for offline viewing, email clips to others, and to search programs by date and time -- aren't protected by fair use. In November, Hellerstein issued an order prohibiting TVEyes from continuing to offer those features. TVEyes, which obtained a temporary stay of the injunction, recently asked the 2nd Circuit to vacate the order.

Google and Microsoft don't take a position on whether the entire injunction should be vacated. Instead, their friend-of-the-court brief focuses on the portion of Hellerstein's opinion that involves a TVEyes function enabling people to search programs by date and time.

"A ruling that some kinds of search queries fall outside fair-use protection would have serious practical consequences, impeding the development of legitimate search tools and deterring the use of legitimate search techniques that help increase public access to knowledge and information," the companies write.

They add that people have "legitimate reasons" for searching by date and time. "Using date/time searches, researchers could compare the amount of time various networks give to a presidential election one day, one week, one month, and one year before Election Day," Google and Microsoft write. "They could compare and assess which stations devoted live coverage to the President’s announcement of an appointment to the Supreme Court or which stations cut away from regular programming to cover a breaking story."

The search giants add that the growth of online video creates a need for search tools. "To realize the potential of this medium, people increasingly need tools that will enable them to sift through and understand the vast amount of video in a meaningful way," the companies say.

A Fox News spokesperson said the lawsuit against TVEyes isn't about search, but about "a service that goes beyond helping its paying subscribers find content to actually delivering television content from 1400 channels as high-definition video clips." The spokesperson added: "Fox News is not objecting to providing search to help find content, but rather to the delivery of high-definition video clips."

The fight between TVEyes and Fox has drawn attention from other news organizations, broadcasters and a host of outside advocacy groups.

TVEyes has drawn outside support from groups like the Electronic Frontier Foundation and the Internet Archive, which also filed friend-of-the-court briefs this week.

Companies including CNN, CBS and NBCUniversal sided with Fox last year, arguing that the fight over the news clips "affects all creators and publishers of broadcast and digital content."

Fox and its outside supporters are expected to file papers with the 2nd Circuit in June.