U.S. Ad Market Forecast 2016: A Good Year, But Some Slowdowns For TV, Radio 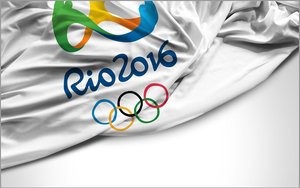 While the U.S. advertising market is poised for a good year due to digital media, political advertising, and the Rio Summer Olympics, some media segments appear to be slowing a bit. A new forecast from eMarketer says U.S. advertising spending will grow 5.1% this year to $192.02 billion, with TV spending rising 2.5% to $70.6 billion and digital media spending up 15.4% to $68.82 billion.

Previous eMarketer estimates for TV and radio projections were higher. Other forecasts project TV advertising spend will rise anywhere from 3.0% to 3.2% in 2016 over the year before.

Now the eMarketer study says traditional TV ad sales -- even with the Rio Olympics and political advertising -- will “have a challenging year ahead as a result of declining viewership and increased competition from video-on-demand (VOD) and digital streaming services.”

ad spending, tv
1 comment about "U.S. Ad Market Forecast 2016: A Good Year, But Some Slowdowns For TV, Radio ".
Check to receive email when comments are posted.
Next story loading