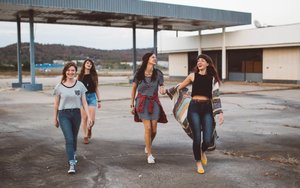 Influencer marketing is on the rise but some approaches are more effective than others, according to a new survey of 14,000 U.S. adults conducted by Collective Bias earlier this month, which found that a sizeable segment of respondents were more likely to heed recommendations from non-celebrity influencers than celebrities.

Overall 30% of U.S. adults were more likely to purchase a product endorsed by a non-celebrity blogger than a celebrity influencer, and the proportion increases significantly among younger adults: 70% of adults ages 18-34 said their highest preference was for an endorsement from a “peer” or non-celeb blogger.

On that note around 60% of respondents said they have consulted blogs or social media to find out about products before retail shopping, with men about twice as likely as women to consult blog reviews or social media. Thus 34.4% of men have purchased consumer electronics at retail after reading a blog review of social media post, compared to 15.4% of women.

Conversely, just 3% of consumers would consider buying a product at retail if it was endorsed by a celebrity influencer. At the same time, other traditional forms of advertising didn’t rank much higher, with just 4.5% of respondents citing digital display ads, 4.7% citing print ads, and 7.4% citing TV ads as the most influential channels for marketing messages when it comes to buying products in store.

As noted, there’s been a flurry of activity in the influencer marketing arena. Earlier this month The New York Times Co. announced the acquisition of HelloSociety, a digital marketing agency focused on social media influencers and mobile channels, from Science Inc. Also this month, Time Inc. and YouTube fashion network StyleHaul, which maintains a network of influencers in the beauty and fashion category, announced a multiyear partnership to create advertising programs targeting Millennials.

In another study by Zefr published in September, 60% of marketers said they will increase spend on influencer marketing in 2016, and 22% said it is a top-ranked customer acquisition tool.