Email Encryption Market To Triple By 2020 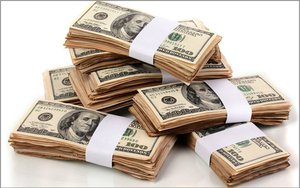 Research firm MarketsandMarkets predicts the global email encryption market will be valued at $4.2 billion by 2020, with an estimated compound annual growth rate of 23.5%.

Rising from $1.5 billion in 2015, the email encryption market will effectively triple in five years due to the modernization of technology in the sector and demands for the adoption of standards and privacy rules.

Additional growth factors include a growing demand for cloud-based services and a rising concern over data theft on both a personal and corporate scale, according to the report.

MarketsandMarkets asserts that small and medium enterprises have shown a significantly high adoption rate across verticals as companies turn to email encryption to secure confidential information from theft or loss.

The research firm predicts the IT and telecom markets will experience the highest growth rate during the next four years, and emerging markets China, Russia, Japan, Korea and India will also increase their share in the market.

One of the largest growth factors in the adoption of email encryption in North American and Europe is the adoption of privacy standards and regulations, such as PCI, DSS and HIPAA.

Engineers from a host of technology companies most recently submitted a new proposal to the Internet Engineering Task Force (IETF) to ensure that all emails are encrypted before they are sent with a new SMTP Strict Transport Security (STS) mechanism.