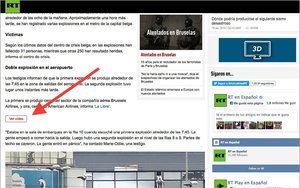 Taboola on Thursday said it has implemented its Full Page Personalization technology with RT (Russia Today), a global TV news network that broadcasts 24/7 in multiple languages.

The multiyear deal offers RT the ability to customize the on-site experience for each visitor to its Web site using Taboola’s technology, which segments the audience into actionable user segments.  For example, video lovers will see a different version of the site than social influencers, engaged audiences (who would automatically see more of RT’s leading editorial content) or one-time visitors.

RT reports that since using the technology over the last several months, it’s experienced a 27% increase in engagement among visitors and a 23% lift in revenue.

The technology points to major shift in content personalization. “Publishers always had a single way of designing their Web sites, but people are coming from all different places. A decade ago, it was simpler--but because it’s so complex and there are so many variations, the notion of having a single site design isn’t right,” explained Adam Singolda, Taboola's founder and CEO.  “We’re moving to a place where every Web site has 10 versions of itself, and it will be customized for me according to who I am each day and by device.”

One feature of the new tool is Taboola’s mobile-optimized “read more” button, which can be targeted to certain users to increase the visibility of in-article modules for smartphone users.

RT has a weekly TV audience of 70 million people in 38 countries, according to Ipsos, and has more than 3.3 billion views on YouTube.

“RT’s global audience consumes our content daily across multiple platforms and in six languages. We consider the experience of each user to be paramount, and Taboola’s technology allows us to serve every individual who engages with our content in a more personalized way,” stated Kirill Karnovich, RT's head of online projects.