A Cautionary Tale Of The Cc Line 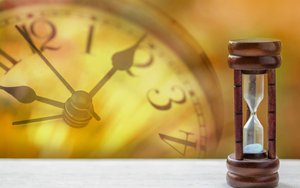 Being copied on irrelevant emails is one of the largest culprits of wasted time on email, according to a study released Thursday by staffing firm Robert Half.

The Bcc or Cc button is the second highest time-waster on email according to a poll of 2,200 CFOs across the United States.

Some 27% of respondents rank being copied on irrelevant message as a primary inbox time-waster, which ranked second only to spam. Nearly 40% of CFOs said spam was a waste of their time.

In addition, long rambling messages and receiving messages that could have been delivered more effectively in a different manner also ranked as top time-wasting culprits.

The study suggests that professionals may lose as much as a fifth of their work week to irrelevant email messages. Overall, the average amount of time deemed wasted on unnecessary emails by respondents was 17%.

"Spam can be addressed by using filters and technology to prevent unwanted email," states Paul McDonald, senior executive director for Robert Half. "But the other issues often boil down to good judgment. Keeping your messages short, relevant and actionable will improve the chances your emails are read and responded to quickly."

Employees are also loosing a large chunk of their personal time outside of work to email, according to a recent survey of 1,500 American adults by Samanage.

The IT software provider suggests that American workers spend more time emailing outside of the office than they do taking vacation. 35% of respondents say they check email for at least one hour a day outside of work hours, meaning they spend at least 30 extra days working per year.