Google Paid Search Positions No. 1, No. 4 Show Most Promising Results

Google's latest changes made in Feb 2016 to the search engine result page (SERP) meant removing standard text ads from the right rail and only showing four text ads above the organic results and several below. This change applied to the desktop SERPs. Product listing ads (PLA’s) and the knowledge graph remain in the right rail of query results pages.

They also see fewer impressions, down 10%, and clicks for these less-expensive, lower position that result in overall decline in ad volume.

Adobe's data shows that Google sees an increase in revenue as a result of the change, though some agencies, such as AdGooroo, for example, identify a reduction in click-through rates for some top automotive keyword terms. Adobe and AdGooroo separately note that  the total ad impression volume dropped.

Adobe estimates the ad impression volume dropped by 10% in the U.S. Fewer ads displayed equal fewer ad impressions. Because Google does not always display an ad in the fourth position, there has been a significant shift in advertiser behavior, forcing them to advertise on second and third positions, per the analysis.

CTRs rose for all positions with the exception of No. 2, per Adobe. The No. 1 position rose 13%. The No. 3 position rose 2%, and the No. 4 rose 18%. Adobe analysts suggest that early CPC and performance results of positions 1, 3 and 4 indicate consumers are responding well to the change.

Earlier this month, IgnitionOne reported that first quarter 2016 marked the first drop in paid search spend in nearly six years. Marketers spend 5% less in the quarter, compared with the same quarter in 2015. 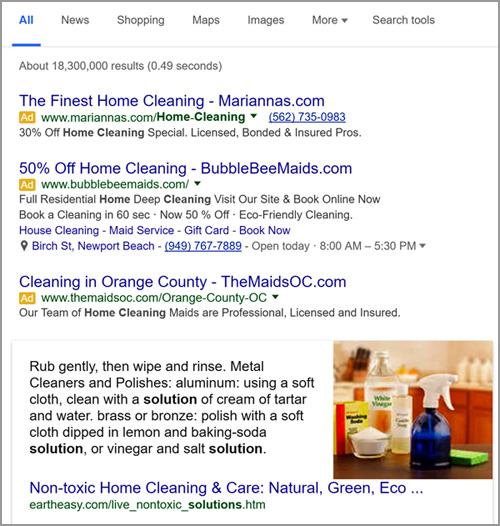