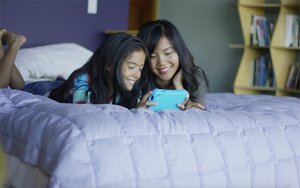 "The evidence demonstrates that Amazon was aware that many customers did not understand in-app purchases when they were first implemented," U.S. District Court Judge John Coughenor in Seattle wrote in a 23-page decision issued on Tuesday.

The ruling grew out of the Federal Trade Commission's 2014 lawsuit against Amazon, alleging that the company unfairly allowed children to make in-app purchases without their parents' consent. Before suing Amazon, the FTC settled similar cases with Apple and Google; both companies agreed to provide refunds to parents.

Coughenor released two rulings -- a complete decision, which was marked as "sealed" and a decision for the public, which was marked as "redacted." That redacted version has large swaths of text covered with black bars, but the opinion can be read in its entirety by cutting and pasting it into another file.

In some cases, the redactions referenced confidential material. But in other cases, the judge didn't explicitly provide a reason for the deletions. For instance, the sentence quoted in the second paragraph of this article appears with some key words blacked out in the imperfectly redacted version, which reads: "The evidence demonstrates that [redacted] many customers did not understand in-app purchases when they were first implemented."

The FTC argued earlier in the case that Amazon wrongly billed parents for "millions" of dollars as a result of in-app purchases by their children.

Amazon countered that it provided refunds to parents who complained, but Coughenor rejected that defense. "It was Amazon’s stated policy not to provide refunds for in-app purchases and so many customers would have reasonably believed such recourse was not available to them," he wrote.

A portion of the ruling that was intended to be redacted states that 1,573 "known customers" unsuccessfully sought refunds.

One of the FTC's experts estimated the total customer injury as more than $26 million, according to the un-redacted opinion.

Coughenor intends to assess damages at a later date.

The decision, like the enforcement actions against Apple and Google, stemmed from a time when the industry engaged in questionable in-app billing practices, says Internet law expert Eric Goldman, a professor at Santa Clara University.

"The good news is we've moved on," he says, adding that the major companies today don't appear to be "engaged in such trickery to get in-app purchases."